Options abound for marriage ceremonies in the Napa and Sonoma Valleys for couples wishing to celebrate their Catholic heritage. From the strict Roman Catholic Church wedding with a Nuptial Mass to the simple hillside ceremony blessed with personal spiritual intentions, weddings here are varied.

Ceremonies reflecting the coming together of religions and cultures, such as Agnostic/Atheist/Buddhist/Hindu/Jewish-Catholic can be easily accommodated.

Marrying in accordance with the Roman Catholic faith can be confusing, and for some, not an option. Other options do present themselves, however: The White Robed Monks of St. Benedict. This organization fills a unique role helping couples prepare their marriage ceremony in Napa and Sonoma Valleys. Although separate from the Roman Catholic Church, The White Robed Monks of St. Benedict offers their experience, passion and creativity to couples requesting guidance in creating ceremonies for varied spiritual and religious backgrounds.

The goal of the organization is that each couple has a personal and spirit-filled ceremony. The White Robed Monks of St. Benedict provide Catholic priests and deacons who are not only empowered by their ordination, but also authorized by a bishop to serve couples sacramentally and, hence, may legally solemnize California weddings.

This organization can work with couples to preserve aspects of their Catholic and/or other faith and beliefs when planning an outdoor wedding.

Couples are encouraged to blend their own beliefs, culture and family traditions as an expression of respect and love for one another during their wedding ceremony. They ask for a ceremony that reflects their philosophy and that is creative and open to let their ceremony be exactly what they envision.

The White Robed Monks of St. Benedict recognize that the ceremony itself exemplifies the love of each for the other expressed within the loving presence of family and friends celebrating the “union of two into one.”

A Marriage Recognized by the Roman Catholic Church

The choices might include professional counselors, shared experiences from other married couples, weekend workshops and/or other possible avenues to help with marriage preparation. The couple should contact their local Roman Catholic parish for further information.

A Catholic Wedding in a Roman Catholic Church

The typical components of a Roman Catholic wedding ceremony that takes place in a church include scripture readings, blessing of the rings and an exchange of vows, and nuptial blessing.

A ceremony within the Roman Church generally affords little opportunity for personalization other than choice of readings, music and floral decor. It is best to consult with the priest officiating at the ceremony for specific requirements, restrictions, and limitations.

In most instances when the bride and groom are both Roman Catholic and the ceremony takes place within a church, a Nuptial Mass with a sharing of Communion is in order. If only one member of the couple is Roman Catholic, it would be unusual for a Roman Catholic wedding ceremony to include Mass.

Communion in the Roman Catholic Church can only involve Roman Catholics, so holding communion in an instance such as this would exclude the non-Catholic individual and guests. (A Nuptial Mass officiated by the White Robed Monks of St. Benedict, a jurisdiction in the Old (Dutch) Catholic tradition, offers Communion to all present, being one with the couple, recognizing that the historical Christ did not typically say no to anyone and did say where two or three are gathered together in my name, there I am in the midst of them. Matt 18:20)

Outdoor weddings lend themselves to more opportunity for creating a customized ceremony. It is recommended that for a Napa/Sonoma County outdoor wedding, the couple begins planning at least one year in advance in order to secure a desired site and officiant.

Notes on Annulment of Past Marriages

It is common for some couples to have an outdoor wedding ceremony and, upon the annulment process completion, have their new marriage blessed in Roman Catholic Church on a future date.

The White Robed Monks of St. Benedict provide authentic, inclusive and spirit-filled wedding ceremonies throughout the Sonoma and Napa Wine Country, plus the greater San Francisco Bay Area. Clients come from the world-over to blend Eastern, Jewish, Christian and non-Christian traditions into their wedding celebration.

Many couples with whom they work have Catholic roots or Catholic heritage, and just as many couples practice other faiths, or who have no religious affiliation. Couples engage the organization that meets their desires and needs.

The White Robed Monks of St. Benedict have centers in Illinois, Texas, and New Jersey as well as California. Many of their clerics are married and are experienced in a variety of occupations and hold advanced degrees. Each has been ordained in a Catholic jurisduction, Roman or otherwise.

Their essential aim is to serve each couple as they are wont as the couple unfolds their wedding ceremony. Priests and deacons possess, among other traits, high degrees of Presence and Affability, Poise and Composure, and Lightheartedness with a touch of Solemnity.

In short, they possess a high degree of professional decorum that honors you, your guests, and, most especially, the preciousness of the moment: the loving exchange of your vows to one another. 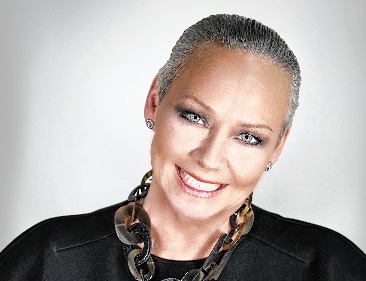 Great to see you at The Wedding Zone. This blog contains the insider knowledge of a wedding planning professional. If you are planning for a wedding, be sure to bookmark this webpage and return to it in future for reference and useful advice.

For advertising enquiries and questions, you can send them to patricia@theweddingzone.com. 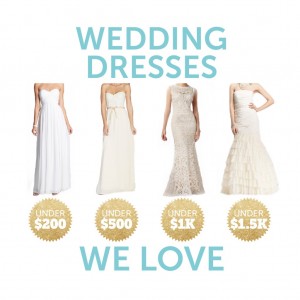 Useful Feed From the Web

1 - Now THIS Is How You Throw a Wedding in Sedona.
2 - Ever Wondered How Much Do The Typical Guy Spend on an Engagement Ring?
3 - Haniya Riaz and Zaheen Khan’s Wedding at a Villa in Miami.
4 - Miranda Kerr Is a Beautiful Bridesmaid at Her Brother's Wedding -- See the Cute Pics!
Copyright © 2017 The Wedding Zone. All Rights Reserved.